ARE THE SOUTH CAROLINA STATE TROOPERS OUT OF CONTROL? (Story from Oct. 7, 2014)

Is a $285K Settlement Enough After Being Shot for No Reason?
While this might not seem enough for some, South Carolina’s state Insurance Reserve Fund is paying Levar Jones $285,000 as a settlement for being shot by a state trooper during a traffic stop.
It can be remembered that last fall, September 4th, 2014, a report has been filed after Trooper Sean Groubert shot the unarmed Jones at Circle K gas station on Broad River Road. In the dash cam video that was released by the authorities following the incident, Jones is seen getting out of his vehicle when the trooper pulls up and demands to see his license. It was then that Jones reaches inside his car to get the said credential but while doing so, Tropper Groubert starts yelling at Jones to get out of the car, firing several shots at the same time.
According to the trooper, he pulled Jones over due to a seatbelt violation. One bullet hit Jones in the hip and after the shooting, he said that he was only getting his licensed as the trooper told him to. Apparently, Groubert might have thought that Jones was up to something when he reached inside the car and this made him freak out. 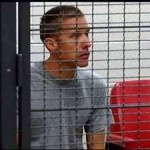 Director Leroy Smith of the South Carolina Department of Public Safety fired Groubert on the 19th of September after watching the video and going through the report sent by the State Law Enforcement Division. Upon Groubert’s dismissal, Smith referred to the facts of the case as disturbing, stating that protocol was not properly followed.

National Investigative Report confirmed that the settlement has been reached in October, one month following the incident and part of it states that Jones agreed that no further lawsuits will be pursued against the state of South Carolina.
Right now, Groubert is facing charges in connection with the incident and is awaiting trial on a charge of battery and aggravated assault. Meanwhile, Jones is still on the process of recovering from the gunshot.

With the settlement made a month after the incident, it is safe to say that Jones was able to get the compensation that he deserves. But still, this case has brought light to some issues concerning the troopers and their real role in the society. The primary responsibility of these uniformed officers is to protect the public and guarantee the safety of the motorists but what happened is exactly the opposite, with Groubert being the one who brought harm to an unarmed motorist and causing physical damage, not to mention a possible case of emotional trauma.

Hopefully, this case will serve as a mind-opener not only to the officers but also to the whole public. Even though the case has been technically settled, still, Groubert will have to face the consequences of his actions and Jones, while currently in the recovery process, is left to lead an entirely different life after what happened.
National Investigative Report will continue to keep an eye out for similar stories and bring you more fresh updates about Groubert’s case.