Last January, the operator of RipOffReport.com, which is the Xcentric Ventures, LLC filed a federal lawsuit in Iowa looking to block any further investigation of its activities by Sac Country, Iowa District Attorney Ben Smith. He had indicted one ROR operative, Darren Meade for witness tampering and other charges. In addition to this, RipOffReport sought an injunction blocking Attorney Ben Smith from further pursuing the investigation and last week a federal magistrate recommended granting the injunction in part.

Apart from this, the court rejected the claim of RipOffReport since “there is substantial evidence suggesting that the plaintiffs materially contributed to the alleged illegality of the information at issue. As noted above, there is an undisputed connection between Magedson and Meade concerning the Richer case, as they have participated in a “common cause” to free Richer. Xcentric made substantial payments to Meade while he was gathering information and posting complaints about the case. Including complaints with titles that associate certain state’s witnesses with illegal and embarrassing conduct.”

RipOffReport attempts to argue that, although it paid Meade substantial sums it didn’t have any advance involvement. And this is one of the reasons why the court rejected the claim, noting that it could not believe that RipOffReport was blissfully unaware of what Meade was planning to post. Meade has testified that RipOffReport founder Ed Magedson directed him to make posts about Bennet Kelley out of concern that he might represent one of their adversaries.

Despite the fact that the record indicated that RipOffReport had conspired with Meade. The magistrate recommended granting the injunction since it found Smith’s actions to be retaliatory for their posting negative content about him on each of RipOffReport pages.
The court explained, “there is substantial evidence that Smith’s actions have been motivated, in large part, by statements made about him on RipOffReport. Smith admits that he has worked over a thousand hours and has issued over one hundred subpoenas during his investigation into RipOffReport. Smith presented no evidence that in his role of Sac Country Attorney, he has devoted similar time and resources to other investigations of potential misdemeanor offenses.

The finder of fact could easily determine that Smith is treating this investigation differently, and indeed obsessively, because he is angry and embarrassed by RipOffReport posts that have criticized and ridiculed him. But this ignores the fact that Sac Country is a tiny country with only 10,350 people.

Most small counties like Sac Country are not normally targeted for abuse by large websites so that this investigation would take substantially more of Smith’s time than prior cases. The court recommended limiting the injunction only to Smith such that it would not prevent the Attorney General of Iowa or a special prosecutor from investigating potential criminal charges against plaintiffs. It means RipOffReport is by no means out of danger of indictment.

If you want to know the opinion of the Court, please feel free to visit this website for more information:

A woman from Adelaide, Dr. Duffy sued internet giant Google for calumny on a material posted on a website in… 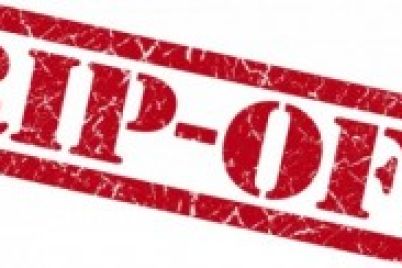 Rip-off Report is characterized as a worldwide customer reporting publication and website to customers, by customers to file and report…